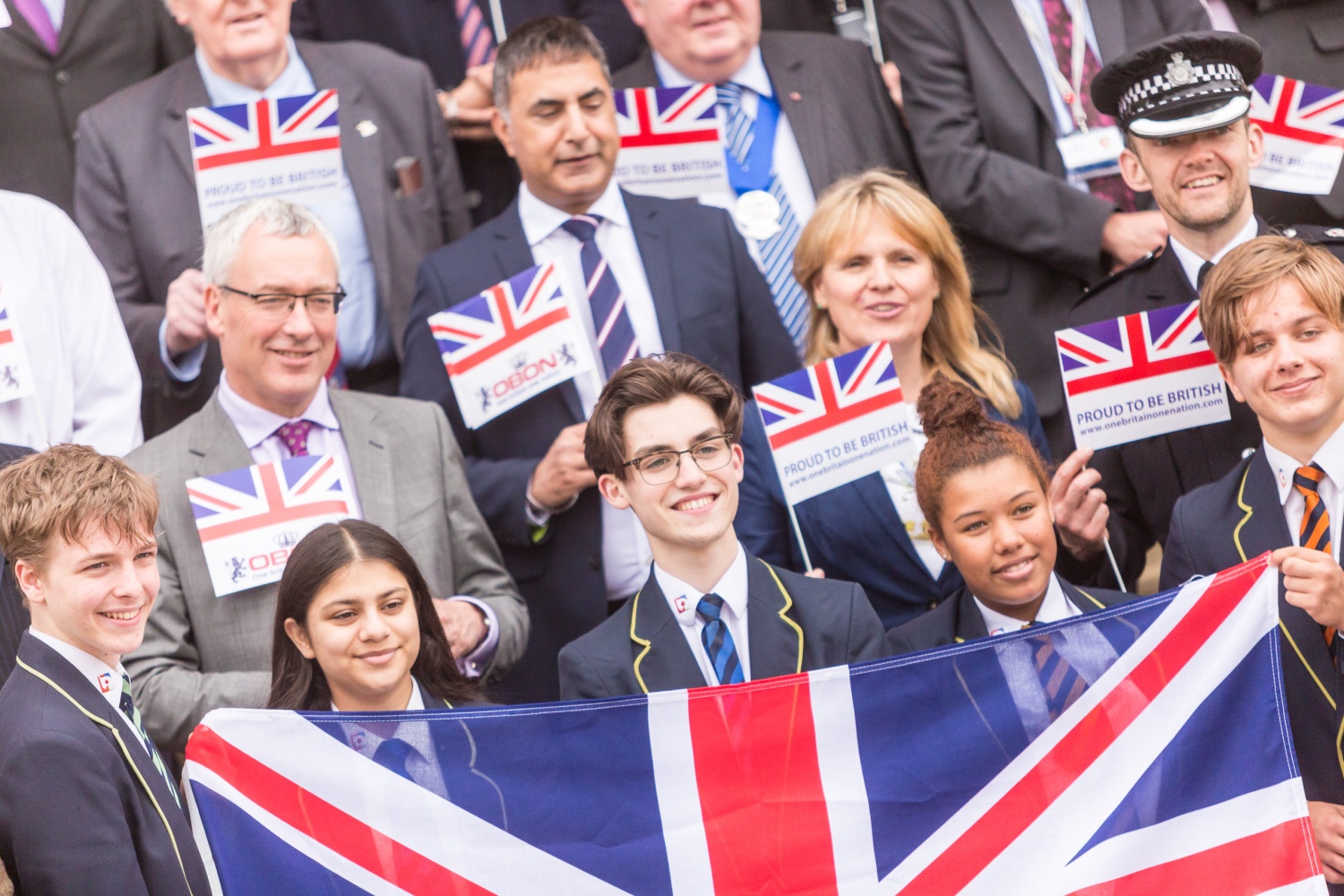 On Friday 11th of May 2018 One Britain One Nation (OBON) launched the “OBON DAY” campaign for the Wakefield District from Silcoates School.

OBON Reception at The Houses of Parliament Andrea Jenkyns MP and Andrew Rosindell MP hosts a cross party evening reception with MPs, Ministers and Peers to celebrate the inauguration of One Britain One Nation (OBON) An All Party Group of the UK Parliament

One Britain One Nation OBON is launching the “OBON Day” campaign for 2018 which is to be celebrated on Friday 29th of June 2018. This campaign will constitute a call to action, which is intended to reach out to all our schools with a focus on creating a sense of national unity and pride. Its essence is that of forging a sense of togetherness with pride, so that every child is inspired to love...

One Britain One Nation Launches the second phase of the “Count Me In” campaign to create a day of Unity, Pride and Respect for all our people on Friday 24th March 2017

The Lord Mayor of Bradford hosts a number of schools who had participated in celebrating Her Majesty The Queen’s 90th birthday.

This launch was best described as spectacular and attended by dignitaries from across the county which included Councillors, MPs, Mayor’s, Lord Mayor’s, Justice’s of the Peace, representatives from West Yorkshire Fire and Rescue and West Yorkshire Police, voluntary organisations, community and religious leaders from across the region. The launch was also very well supported by the office of...